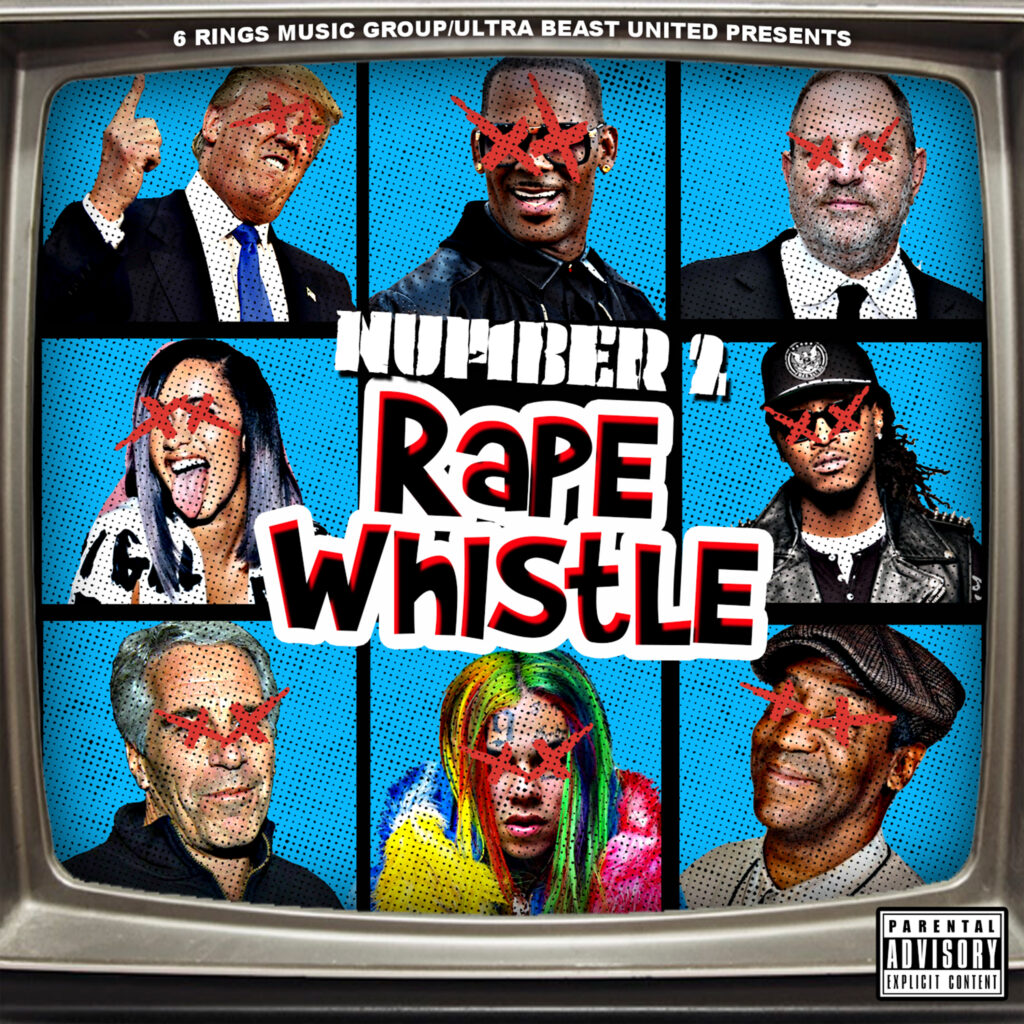 This is the album the music industry doesn’t want you to hear. It’s been banned from major streaming platforms and is only available here.

Emcee; Number 2 has decided it’s time to remove the veil of illusion and blow the whistle on the rap game. “Rape Whistle” is Number 2’s debut album on Ultra Beast United covering a wide range of taboo subject matters from political conspiracies in politics, sex trafficking, interracial marriage, racism, drug abuse and more. Number 2 leaves no stone unturned as exposes America’s rape culture over production handled by D.R.U.G.S. Beats and DreamTek. We could say a lot more about this project, but we’d rather you take a listen.